What happens when you listen to one version of something several times? How do your preferences change? Quite often, when a mixing engineer creates a perfect, high-quality mix for an artist, the artist would reject it, because they already got used to their demo.  Or when a song is properly recorded, it’s difficult to accept this new version. The phenomenon is called demoitis. In this article, we’ll explain why it happens and how both artists and engineers can deal with it correctly. 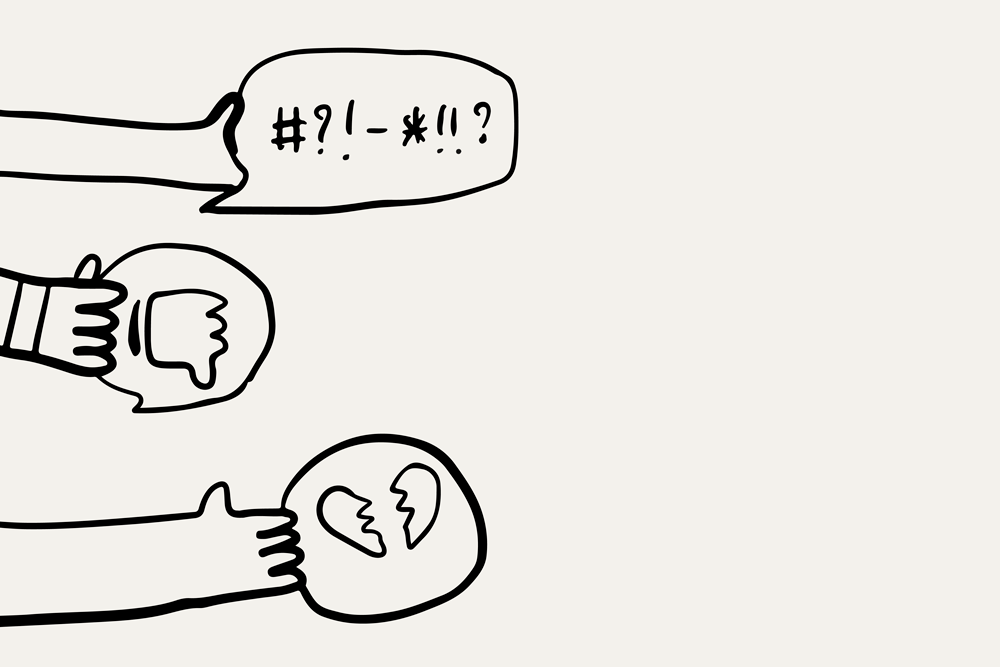 Remember when you first heard a new rendition of a song you loved so much. What was your reaction? I bet, 99% of the time you would say “Nah, they don’t get it, they are doing it totally wrong.” But is your judgment correct?

Demoitis is the feeling that the best version of a song is the one you are used to, and not being able to evaluate different remixes or renditions unbiasedly, it is common to all people.

Musicians even get attached to their demo recordings so much, that when afterwards the song is properly recorded, it’s difficult to accept. Demoitis also happens when you order a new mix or make a new version of a song. A new and more professional, high-quality recording or remix may sound off only to you, and you may make a mistake by going with your old demo recording.

Probably the most iconic example of demoitis happened with Nirvana and their song Smells like teen spirit. You can check out the first, Butch Vig’s, version of the song, which has a very shouting, grunge rock sound. After that came the cleaner and more elegant final master record which the whole world fell in love with. But the band liked the first mix better anyways.

Although in the life of a regular person the most harm demoitis can do is a turned off radio channel, for music producers and artists this “syndrome” can cause making bad business choices, or can even cost them their careers. That’s why it is crucial to be able to recognize the first symptoms of demoitis and step away from it.

As mixing and mastering engineers here at Major Mixing studio, we most often encounter demoitis when we make professional mixes for our customers. Many artists would like us to create a professional mix that would closely resemble their demo, although we know, based on our experience, that the mix must be created differently to be a successful release and become a popular song.

So, here we’ll be talking about the problem of sticking to demos in mixing and how to solve them.

When you listen to one version of something for too long…

Musicians need to know the psychological nature of demoitis and try not to fall into this trap, because it can be extremely harmful for music production and for their careers.

As human beings we tend to get used to things and when musicians listen to one version of their demo mix many times, right after that a professional mix of the same song will seem wrong. At the same time, for the audience, the high-quality mix will definitely sound better than the demo version.

Another reason why musicians love their demos is because they usually make it too loud, with shouting high frequencies and overloaded low end. It’s likely to be around -7RMS, pretty loud. The demo version is usually overloaded with everything.

At the same time, the professional mixing engineer will most likely create a more dynamic, more universal mix, well-balanced, that will sound great on everything. The sound of this mix will seem weaker to the musician who is already used to the loud demo. Subconsciously we all perceive the louder music as better, no wonder a musician will love their own overloaded song.

Your overloaded demo might create a messy sound in a car speaker system, or be way too distorted on consumer-level speakers, and appear completely different through ordinary headphones.

The mixing engineer will create the mix in such a way that it sounds great and similar on all playback equipment and platforms. 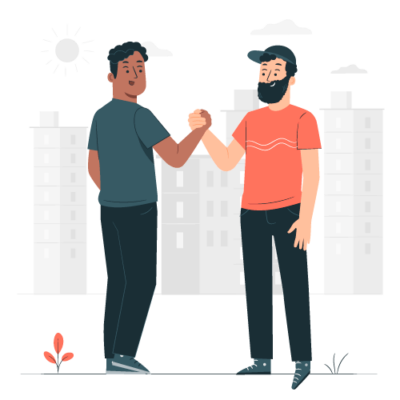 Your mix engineer is your best friend

What a musician or an artist must remember when bringing their session to a mixing engineer is that they bring the music to a specialist.

To become a professional in this area, a mix engineer is learning for at least 10 years, constantly working on projects. They know how to reach different kinds of sound for a song, how to bring it close to the reference tracks and make it great in all ways.

Through the years, by working with mixing, the engineer learns far more about the music industry than just mixing itself.

For example, let’s consider one of our projects, when we at Major Mixing were preparing a song for Eurovision. When our engineer was working on the track, he checked how it sounded on the studio monitors, in the car, at home, even from the phone speakers, and in headphones.

After that, this track was evaluated by producers and judges, and played on huge monitors. It also appeared on the radio, on YouTube, and on all streaming platforms. After that, we heard it in stadiums, supermarkets, and everywhere.

Of course, there was tons of feedback. So that’s how we learn.

And during his or her career, a mixing engineer works on thousands of tracks, communicates with hundreds of artists, producers, and labels, and understands the music industry from the inside.

So, being a mix engineer is not just about faders and plugins. It’s interacting and learning from the whole music world, and this experience is vast, much bigger than the experience of a musician, an artist, or a songwriter. 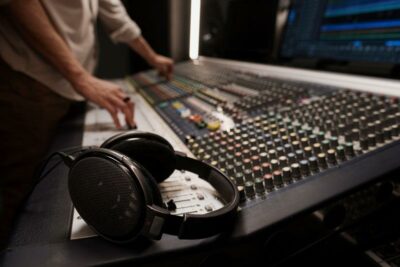 The making of the perfect mix

So the mix will be done taking into account your song’s individuality, of course, but at the same time, the trends and requirements of the industry. The mix engineer will prepare the mix at the industry level.

What happens when you listen to the mix on every system, from top-quality monitors to consumer-level headphones? The engineer will make sure that your song sounds perfect not only on your speakers but on anything and anywhere.

I like my demo better, the engineer just doesn’t get my song’s vibe

Is this a sign of demoitis? Maybe. But it may happen that the engineer indeed didn’t catch the vibe of the song or understood it differently. However, in this case, it is highly probable that the artist hadn’t given enough information to the engineer.

The responsibility of an artist or musician who comes to a mixing engineer is to provide the right reference tracks and comments that will give enough information to understand how the artist sees the unique features of the song.

So, when the artist doesn’t give enough information, the engineer for sure will use his own vision and create the mix in the way he sees best.

To avoid that, you need to do a complete project description and explain to the mix engineer what exactly you expect. And here good reference tracks are a must. 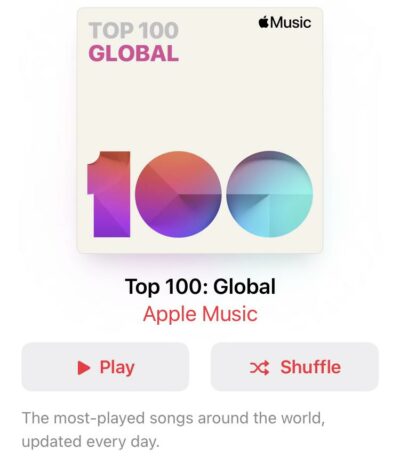 How to pick the reference tracks

References should be 2-3 songs, only industry-quality ones, recent, not old.

Some artists may say that their music is absolutely unique and there are no similar songs to use as references. But it’s not the sign of a genius, unfortunately, it’s more the sign of laziness. The music world is as huge as an ocean. There always are songs you can use as reference tracks if you look hard enough.

The references must be at least a little popular, not from the last places on the charts. Because as much as you want your track to be authentic, you want it to be famous as well, so it should sound as famous tracks do.

Another way to check which mix is better

One of the ways to check it is to show the two tracks to other engineers. If you don’t know any more professionals in the field, contact experienced members of fiverr, soundbetter, or other similar communities. You also can find musicians using instagram. Send the two tracks to an experienced person who works in the industry and ask for their opinion, let them tell which track is better.

Collect the feedback this way. You may spend $10 or $20 on this research but you will gather unbiased impressions from experienced musicians and this will let you know the truth. There is a very high chance that the professional mix will prove to be better. Then, understanding your psychological attachment to your demo, you will be able to finally make the right choice.

My mix turned out really great 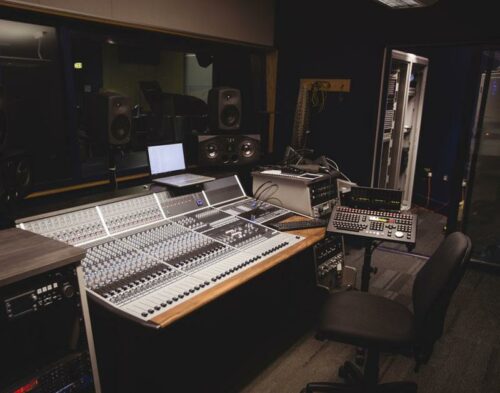 If you as a producer have good experience in mixing, you may create a great mix on your own. Then you don’t have to order another mix for your song’s release. If you are a professional yourself and like how your song has turned out, then we advise you to go through the following steps

After that, order stem mastering from a professional engineer. This way you save your money by not paying for mixing. Your mixing ideas stay intact. But at the same time, the engineer has the opportunity to improve your mix and correct some mistakes using the stems you sent. As a result, you’ll receive a great master record, ready for release on streaming platforms.

The cure for demoitis: trust your mix engineer 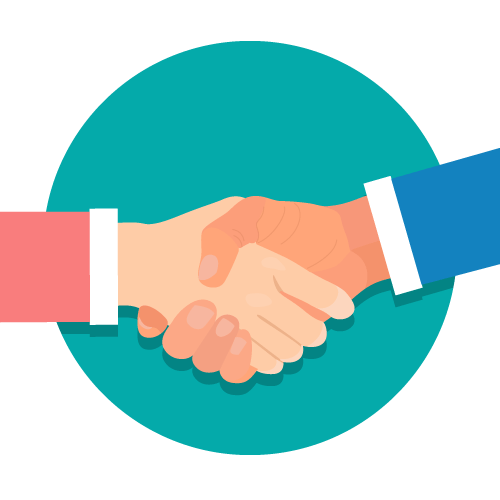 The causes of demoitis lie in the subcontious mind, so the cure includes using logic and reasoning, as well as resting your ears and tuning to reference tracks.

It is hardly reasonable to bring your mixing session to a professional and then ask them to recreate your unprofessional demo. If you like the mixes your engineer creates, you have to trust that they will do your mix on the highest level as well.

Always compare the mix with successful reference songs, not with your demo.

Remember, that the final mix as compared to the demo may be quieter and more dynamic; it may be not so bright, and not so overloaded on the low end, but it will sound great on every device and streaming platform.

Be aware of demoitis and make more beneficial choices in your career as a musician or an artist.

Now you are one step away from your perfect mix

We care for your success. Contact us, we’ll help your project become a great release.