Mastering is the last step of preparing a song or an album for distribution. And though during mastering an audio engineer implements only slight changes to the mix, it makes the world of a difference. Professional mastering requires knowledge and experience, and online album mastering is even more challenging. Let’s discuss the meaning and different aspects of album mastering.

What is mastering an album?

Mastering a song or an album is not about just increasing the loudness level and applying more compression to the song. What does mastering an album mean then? The correct mastering polishes the song, makes it more expressive, spacious, and bright, it creates the right atmosphere of the sound, such sound qualities that capture the listener from the first seconds.

It’s all about the sound that is perfected with the right mastering. Professionals can hear immediately whether a song was mastered correctly or not, but the listeners will just feel the difference and choose the correctly mastered song over the non-professional work. That’s why mastering your own album is not recommended.

In our world of technical progress, where everyone aims to create more amazing qualities, people are not satisfied with simple music anymore. A street musician may gather a crowd of a couple dozen people, they may applaud, but they are going to forget about him as soon as they turn on the radio in their cars. How exceptional your sound  matters more now than ever before.

Work with frequency spectrum for the whole track and at certain time spans
Set the loudness to the needed value, check the peaks, make the song more solid using compression
Correct the record in places, working with equalizer, compression, and other plug-ins
Bring the overall sound to perfection, meet the requirements of the streaming platforms
Most importantly, they use their experience and skills to determine what corrections and effects each particular song needs and how to apply them.

Will instant mastering help your music?

There have appeared a lot of online mastering applications, where you can just upload your song and receive it mastered in a couple of minutes. This could work if you are just a producer of an amateur record that 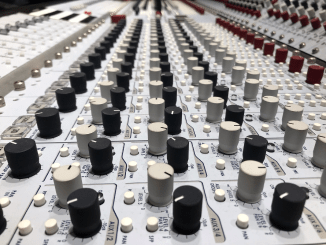 is not supposed to compete on the market in any way.

On the contrary, the main thing in professional album mastering services is an individual approach to every song. Experienced audio engineers will highlight the uniqueness of the song and add space, dynamics, brightness, and heaviness when needed. Automatic mastering can not do this.

Moreover, an album is mastered keeping in mind how the songs are connected to each other. An audio engineer creates a sequence of songs that sounds good together as an album, creating the needed short or long pauses between the songs.

Mastering an entire album is an artistic challenge to hear, understand, and know how to bring the album to its best sound, and it’s the task for a musician, not some algorithm.

What to do when mastering an album

Songs in an album should sound well one after another. They are no longer just independent songs, they belong to a strict sequence, where the whole album should sound united and harmonical. But how to do that? There are certain questions a sound engineer should deal with when mastering an album, let’s look closer at them.

Creating the brightness, space, and other sound characteristics of the album

Listening to the mix of an album, a professional sound engineer first sees and decides one main thing, the sound signature of the album.  As one song, an album ideally should sound unique and recognizable, different from other albums. The mastering engineer listens to the mix and determines this individuality of the album, its overall feeling and coloring, taking into account the requirements of the particular genre as well.

Everything that an audio engineer does with every song now is connected to the rest of the songs in the album. Of course, the diversity must be preserved and, sometimes, even enhanced. But the pieces can not sound like they are taken from different times and places. Mastering engineers usually preserve certain similarities in acoustics and frequency spectrum characteristics for all the songs in an album.

Adjusting the dynamics and loudness

When mastering an individual song, a sound engineer takes as a reference similar songs from the same genre. According to this, and to the individual peculiarities of the song, the needed dynamics and loudness are determined. However, when mastering an album, all the qualities of the master record are established in relation to other songs in the album. The listener should feel that despite the differences, all the songs in the album are forming one whole musical composition.

The louder songs in the album set the limit for the quieter songs, forming the dynamics of the album as a whole. These differences should contribute to the idea of the album, putting emphasis on certain songs. It would not be good if the most emotional and screaming song in the album sounded similar to a relaxing ballad next to it.

Perceived loudness must be measured for the album, as well as for each individual song. When the album is played as a whole, for example on iTunes,  the platform will automatically set the volume according to the LUFS calculated for the album, preserving the original dynamics between songs. A mastering engineer will work on your album keeping these ideas in mind and setting the most beneficial parameters.

When you listened to an album, you must have noticed that the lengths of silence between songs differ. Some songs start shortly after the previous one, and some start after 4-5 seconds of silence. This is done because songs have different tempos, dynamics, and loudness, and the listener needs more time to adjust when the songs’ characteristics are more different.

For example, the pause between two loud songs or two quiet songs can be smaller, while the maximum silence must be added if a quiet song is following an intense and loud one.

Also, as a rule, at least a 2-second pause is added before the first song in the album.

Analog mastering is far from a universal solution, and some songs would not benefit from it. For example, a digitally mixed song can hardly gain analog softness even if mastered out of the box. On the other hand, not every song and genre requires analog qualities, and often audio engineers can achieve better results working on modern genre songs with DAWs.

However, for albums that were mixed using analog equipment, we, at Major Mixing studio, can offer professional analog mastering using our modern analog gear. We also have a special bundle option for analog album mixing and mastering, we’ve named it Upgrade Mixing and Mastering, you are welcome to check it out.

If there is a choice whether to use analog gear or a DAW for mastering, an audio engineer should decide what will work better for this particular album. 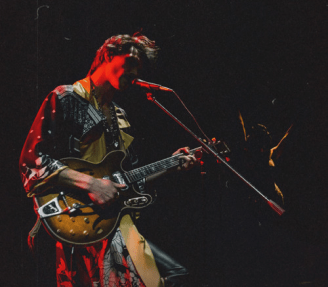 A Live album is a completely different form of creating an album, and has its own pros and cons. Obviously, mastering a live album could be easier than mastering a full album of separate songs. In this case, the task is closer to mastering a very long song, it will be one track.

However, as a live album still virtually consists of songs, all that we said about mastering an album in a way can be true for mastering a live concert, only certain time spans in the recording will represent different songs.

The cost of mastering an album

Prices for mastering songs and albums vary. Here, at Major Mixing, we provide professional mastering services from experienced audio engineers, however, our album mastering rates are relatively low. Each of us has worked on big successful production projects for many years.  We are working with singers who have already achieved success in the music industry, providing premium support. However, we keep our services affordable also for artists who are new to the industry.

That is why, we have an amazing discount system, where you receive even bigger discounts with every next song in the order. The more songs you submit for mastering at once, the bigger the discount will be.

Try it, go to the order window, enter the number of the songs and information about what add-ons you are going to need, and see the cost of mastering an album. Our prices are always transparent and easy to determine.

We have mastered many beautiful albums using digital or analog equipment. Each mastering engineer in the Major Mixing team has good experience working on big production projects. We know almost every genre and style of today’s music industry, and keep track of new trends and innovations.

We work with DAWs as well as with analog gear and choose the most beneficial approach to mastering every song. The most important thing for us is to create the highest quality sound.

To place an order for album mastering, or check the prices, please, go to the order page. The turnaround time is three days, and we give an option of three free revisions. If you have any questions, please, contact us, we are always happy to help.

In this article, we’ll tell you about the most popular DAWs, and their strong and weak points in regard to…

What Royalty Rate Do Mixing and Mastering Engineers Get?

In this article we are telling you the tips that will make your mixing 808 a lot easier. After reading…

Music is born to be heard. A rare author does not dream that his creation will resonate with a wide…

What are my musical rights?

Your job, as an artist, is to create music. However, you also need to understand how musical rights work. These…