Mastering rock music involves working with extreme loudness, a crowd of instruments and voices in the mid frequencies, and a lot of distortion.  In this article we’ll be sharing our mastering chain for rock music, and give our tips for mastering this genre.

Ideally, the mix is well-balanced and ready when it comes for mastering, so the mastering engineer mostly works with expressiveness and power of the music. The engineer corrects frequency spectrum, shapes the sound qualities, and brings the song to the needed loudness.

By the way, if you are new to mastering, we have a good article for you: What is mixing and mastering? Check it out to learn more.

In general, mastering different genres is similar, because it’s the process of standardization, and is basically the same for rock, pop, or others. However, there are some differences in mastering every genre, and rock music is not an exception.

How is rock mastering different? 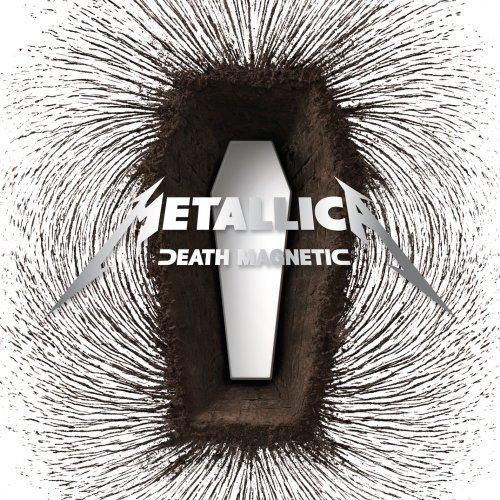 The rock music is characterized by very high loudness, and a lot of content in the middle-range frequencies. Of course, there is a lot of sub-genres, including classic, heavy metal, alternative, grunge, indie, and others.

As opposed to pop music, where there’s extremely loud low end usually with 808 bass, in the rock music the sound spectrum is much-less natural, the recorded instruments are real drums and guitars, which brings in a lot to the middle frequencies.

Also there is vocals, sometimes keyboard or piano. As a rule, in rock, especially for classic rock, metal, grunge, or similar sub-genres, everything must be loud, it must shout from the speakers.

At the same time, in rock music there is a lot of distortion on guitar and vocal parts. This means that during mastering, the engineer will be able to use more saturation and limit the peaks more than for other genres.

If in pop music we use 3dB gain reduction on limiter, we might already be able to hear some unwanted distortion, on kick drum for example. At the same time, in rock music we’ll not hear that because the distortion will hide behind guitars, shouting, and the multitude of loud sounds, so we can easily set gain reduction to 6dB and the track will be perfectly fine.

An example is the loudest album in history – Metallica’s Death Magnetic.  The loudness of this album is around -3 RMS and about -4 LUFS. And even with this loudness the album sounds ok. Yes, it’s overloaded, but it’s how it was intended to be. At the same time, if we take a pop song, it should be less loud and less distorted, otherwise it would sound terrible.

At our Major Mixing studio, we have mixed and mastered hundreds of rock songs. With experience, we have developed our signal chain for mastering rock, which we know works the best for us and helps produce a perfect rock master record.

So, let’s go step by step through the mastering chain we advise you to use for rock music.

Saturation makes the sound richer, and generates harmonics with gentle compression. It can add warmth to the sound and make it more colorful and deep.

For rock mix, you’ll need tape saturation, the plugins we may use:

Those plugins reduce peaks, enrich the song with beautiful harmonies, attenuates high frequencies (higher than 10kHz), and beautifully reduce the dynamic range of the song.

We use saturation aggressively here because rock music only sounds well with good tape saturation. Tape, preamp, and distortion characterize the sound of rock music because historically all classic rock was created on console (out of the box).

The rock tracks created in the box around the year 2000, sound flat and strange. But later, when digital emulators of analog music became available, from about 2010-2015, rock music started to sound powerful and well-saturated again. That’s why we always use Tape plugins for rock mastering.

A compressor attenuates the peaks in the sound wave, and hence reduces the dynamics of the mix. With the help of compression, we can lower the dynamic range of the rock song even more.

We apply classic plugins, it may be the following:

These compressors are well-recognizable in master records, they help bring out the character of this genre.

When you compress the rock tracks, you pull the quiet parts up, until there are no more quiet sounds in the rock song, the music just rushes to your face, powerful and full of energy, and this is how it should be.

Can there be too much compression?

All classic rock music goes through some of these compressors during mastering. And although rock is aggressive, at the same time, beware that compressing too much can damage the sound. There is a level where the song will become perfect, and the mastering engineer must know to what degree to compress.

Even too much distortion would not be that bad. The music will just be distorted, but at the same time powerful. But too much of a compressor takes power and energy away from rock, we don’t want to do that.

Use parallel compression as well

We would advise also applying parallel compression when necessary. Parallel compression doesn’t damage the waveform too much. It means that you mix the compressed signal with the one without the plugin. This type of processing enriches the sound, preserving the peaks and dynamics of the song. It works great for rock music on drums, and on the master bus as well. 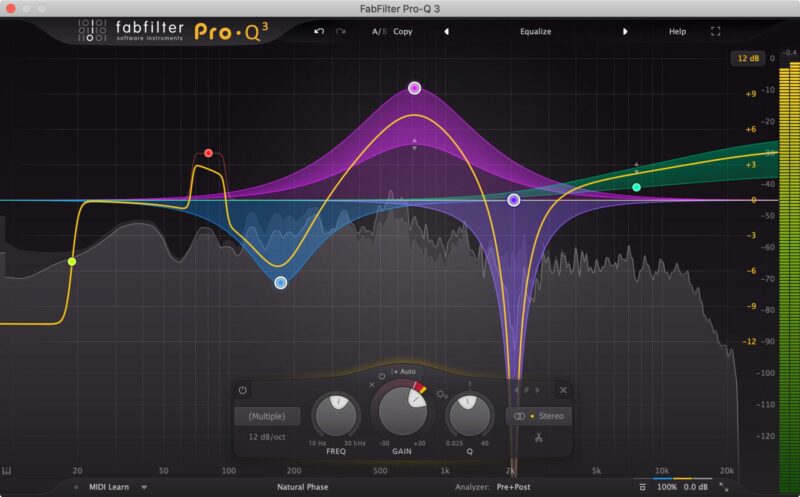 However, let’s admit that a good rock mix doesn’t need a lot of frequency adjustments at the mastering level. The mix should be done well before it is handed over to mastering and all the necessary equalization should be done while mixing.

Distortion/saturation and compressor also help to adjust the song’s frequency range, so with the right mixing they should be enough. We don’t need much equalization at this stage. 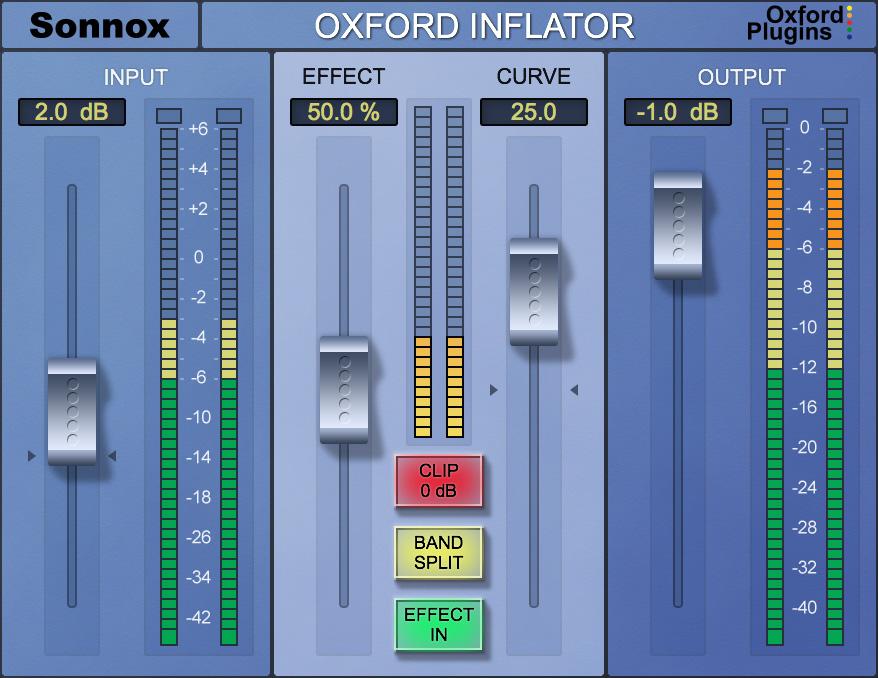 At this step, we may put one more saturator like Oxford Inflator, for example. It will fit perfectly there.

For rock sound, in the settings you will allow clipping and overload the input by a couple of dB, so the saturator will cut some peaks in the master record as well.

Limiting is used for increasing the volume of the music as much as you like without clipping. It always goes the last when we do in the box mastering.

We set -0,3dB output ceiling, and bring the loudness to the desired level. Rock music is pretty loud, your master can easily be around -8 LUFS – -7 LUFS. It’s the perfect loudness for rock and will sound great.

This is how we receive a perfect rock master record. Now you can follow our mastering chain and prepare your rock song for release.

Isn’t analog mastering better than in the box mastering?

When it comes to rock music, first thing you see in your mind is, of course, live performance and professional analog equipment. And this is true that the best rock music bears analog warmth, color, and distortion. So, should it be mixed and mastered out of the box to obtain perfect natural sound?

Yes, some years ago the best rock music was created using only analog gear. But today we have plugins that simulate the sound qualities of analog devices pretty well. That is why we can mix and master rock now completely in the box, with analog simulation plugins, and the resulting master record has all the characteristics of out of the box producing.

We have to admit here that there still exist some analog devices for mastering that haven’t been reproduced in digital plugins yet. In this case, if you wish, you may add some of them to your mastering process. However, remember, that analog equipment doesn’t make sound quality higher, it just adds color, warmth, and other characteristics to the sound.

But generally you can master rock music in the box and reach the highest standards, today analog mastering is not better than in the box mastering.

Major Mixing is always there to help you

If you are not confident in your mastering skills, you can check out our Major Mixing mastering service.

Always remember that to be competitive in the music industry these days your master records must be of the highest quality, professional, and done according to all the standards of a top-chart song. Otherwise, the song will not be able to win the listener’s attention, keeping in mind that thousands of songs are being uploaded to streaming platforms every day.

Send your mix to us, and within three days you’ll receive a professionally mastered song for release, ready to conquer the world.

Contact our Major Mixing studio, we’ll be happy to help you!