AuthorMax Rayden
Rating votes(6)
Show table of contents
Article Contents
What is Audio Sample Rate?
Nyquist–Shannon sampling theorem and aliasing
What is digital audio sample rate?
What does a sampling rate of 44.1 kHz indicate?
Is a higher sample rate better?
What is the normal sample rate?
What is Audio Bit Depth?
Is 16 or 24-bit better for audio?
What is dithering and when is it used?
Is 32-bit depth good audio?
What to take with you
What is a good sampling rate?
What is the best audio bit depth?
Mixing and mastering from Major Mixing

The sounds we hear are, in fact, sound waves that travel through the air or other substances. Our ears have a complicated mechanism of recognizing a sound and its pitch. But how do we get digital recording from these analog waves, and what parameters of bit depth and sample rate is better to use for recording, mixing and mastering? We discuss these and other questions in this article, so, keep reading!

What is Audio Sample Rate?

A simple sound wave is a sine wave, its amplitude is responsible for the loudness of the sound and its wavelength determines the pitch.

For a digital device, like a computer, a sound is recorded by sampling. Every once in a while a sound wave is measured and a sample of the wave’s energy, the pressure it carries, is taken and recorded as a number. The sequence of these numbers form the representation of the wave in a computer. You can see the visualization of the waveform in any DAW: 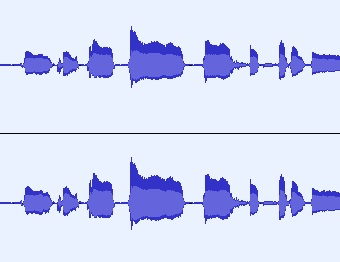 Most of the DAWs will let you zoom in and see the actual wave like this: 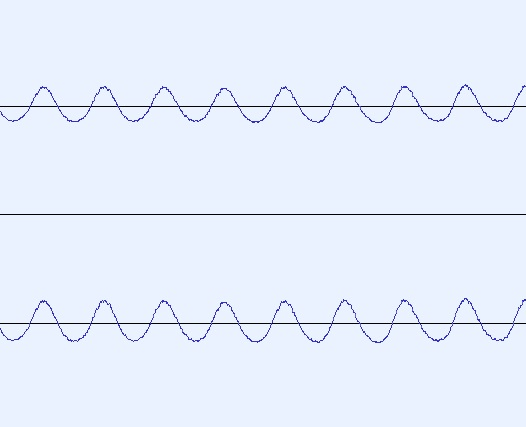 If you zoom in even more, you might be surprised to see that the wave you see is not analog, but discrete, and consists of a sequence of dots. The dots represent the value of the samples that were recorded, together they comprise the computer representation of the sound wave we work with: 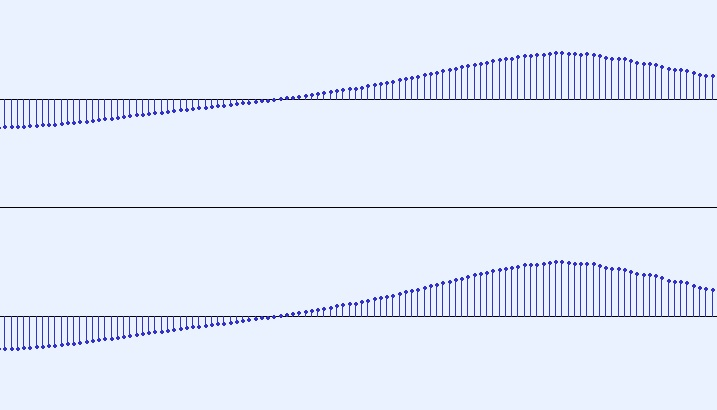 And even a closer look:

Yes, this is how our analog sound wave is represented in a discrete way, by a series of samples.

The question arises then, how often these samples must be taken to record a sound wave correctly. Obviously, once a minute or once a second is not enough. The answer lies in the length of the sound waves we want to capture. We target sound waves of the frequency from 20Hz to 20kHz, which is the sound spectrum the human ear can hear.

Hz is the frequency measure and shows the number of cycles the wave has per second. In our representation this is the cycle (it’s also represents the wavelength): 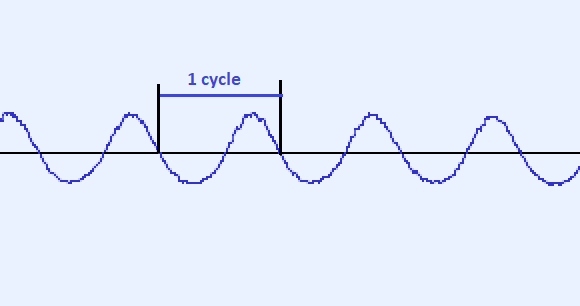 In the first half of the twentieth century the Nyquist–Shannon sampling theorem was formulated and proved, and became the basis of the digital recording of sine waves. The theorem states that the frequency of sampling of a wave must be greater than twice the highest frequency in the wave, in this case the wave can be accurately reconstructed from these measurements.

The threshold of twice the shortest wave’s frequency is therefore called the Nyquist rate. The sample rate should be above that.

This is the simplified illustration of how we can reconstruct the wave having the sampling points:

However, if the frequency of sampling is greater than half the wave’s frequency (i.e. if less than two measurements are taken through one wave’s cycle), when reconstructing the wave, we are likely to produce a wrong wave with lower frequency. In the picture, the actual wave we sample is in red, but the wave we may reconstruct from the measurements is in black. 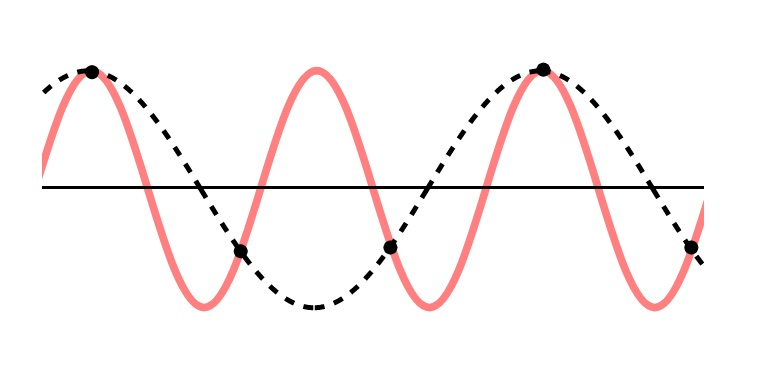 This phenomenon is called aliasing, it introduces the error in recording and reproducing waves, particularly the sound waves.

What is digital audio sample rate?

So, knowing the Nyquist–Shannon sampling theorem, we can figure out the lowest sample rate possible for recording music if we want to record all the audible spectrum. We take the 20kHz as the highest audible frequency, and calculate our sample rate a bit higher than twice that. So, our sample rate should be more than 40kHz.

What does a sampling rate of 44.1 kHz indicate?

The sample rate of 44.1 kHz indicates that the samples of the pressure of the sound are recorded 44100 times in one second. The voltage it creates in the recording equipment is measured and the corresponding number is stored inside the audio file.

However, with modern recording technologies and inside the DAWs, you can choose higher sample rates, most common of them are 96kHz and 192kHz.

Is a higher sample rate better?

It may seem that the greater sample rate, the better, but it’s not always true. Higher sample rate takes much more memory space and requires downsampling the file later on. At the same time, all the audible spectrum can be accurately recorded using the standard sample rate of 44,1kHz.

It’s important that before choosing a high sample rate you need to be sure all your appliances and software do support it. For example, most consumer-grade sound cards support the standard sample rate of 44,1kHz.

When you record music with the sample rate of 192kHz, you need to be sure you are managing the ultrasonic (higher than 20kHz) frequencies correctly. Recording them and then letting them mess with your music will most definitely be harmful to the quality of the sound.

Frequencies higher than a human ear can hear, if they are recorded, will give additional distortion throughout the audible spectrum. When your 192kHz song will be downsampled for CD or streaming platform, these ultrasonic frequencies may cause aliases in the audible spectrum. Besides, higher sample rates greatly increase the audio files sizes, processing them may overload your computer.

Some people, however, use higher sample rate for the sole purpose of recording the ultrasonic frequencies and then bringing them down to the audible spectrum to listen to them, but this is not the topic of our article. We are talking about recording audible songs.

What is the normal sample rate?

44,1kHz or 48kHz are great sample rates. There is no evidence that recording music with the sample rates higher than those provides better listener experience. At the same time, oversampling leads to much bigger files and possible problems with aliasing.

Our ear can not distinguish the difference in the sound quality when we play the recordings with 44,1kHz and 192kHz sample rate. So why go through extra difficulties, the possibility of more distortion and unpredictable appearance of artifacts.

Our advice is, always choose the standard sample rate of 44,1kHz or 48kHz, you are able to reach the amazing quality of the sound with them.

What is Audio Bit Depth?

We discussed that to record music we take samples of the sound wave with a certain sample rate. But what are samples and how they are stored inside the audio file? In simple terms each sample is a measured voltage, the energy the wave creates inside the equipment at each point in time. And they are stored as numbers.

The number of bits per sample is called bit depth.

The most popular bit depths are 16bit and 24 bit. But why these numbers are chosen and what do they represent?

In a sample we store the number related to the voltage the wave produces, in other words, the power of the wave, its loudness. 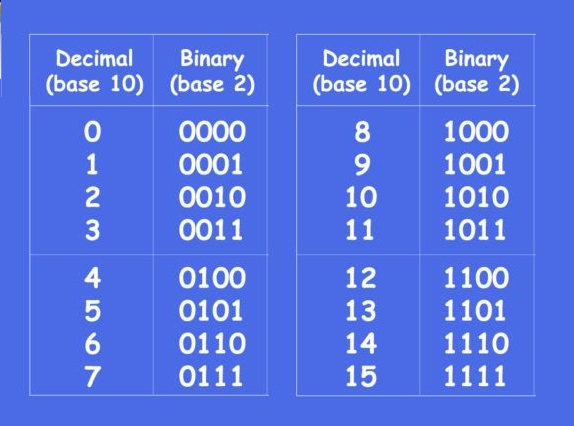 The bit depth that are used today are:

As 0 dB is a threshold of hearing, and quiet sounds like whisper are at about 30dB, whereas a rock concert loudness is close to 120 dB, we can see that the span of 96dB (16 bit audio) can contain pretty impressive dynamic range from very quiet to very loud sounds. 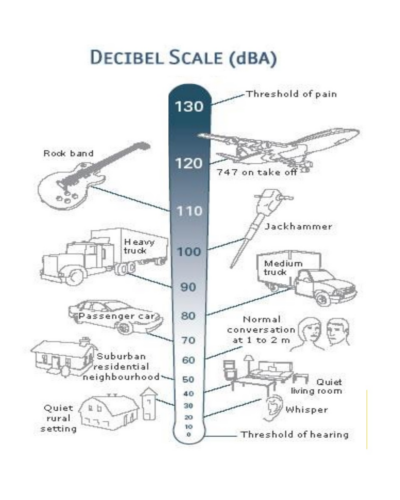 That’s why 16 bit is the standard bit depth for CDs. 16-bit files, of course, take less space than 24-bit or greater, and this standard was chosen for discs as it doesn’t take much space.

What is dithering and when is it used?

If you need to convert a 24-bit audio to 16-bit, some wave information, of course, will be lost. And together with that, there may appear artefacts of low volume like small clicks or similar unintended sounds. To hide them, dithering is usually used, which adds a very quiet constant noise and hides the defects.

As with the sample rate, it may seem that the greater the bit depth, the better, but again it’s not true. A 24-bit audio is a perfect choice for a master record, however, a 16-bit bit depth is still sufficient and is successfully used for CDs.

24 bit is a great bit depth to use in your master record, it has low noise floor and the possible dynamic range that’s bigger than the range of normal sounds for human ears. However, while mixing, you may want to use greater bit depth for bigger working headroom.

It is used while mixing because greater bit depth like 32 bit, for example, provides more dB headroom to work with the project and makes the work of a mixing engineer more convenient. But after the work is finished, it’s better to bounce your project to 24-bit audio.

What to take with you

We hope, by now you’ve cleared all your questions about what is audio sample rate and bit depth and how to choose them. Let us review the main points we’ve been talking about.

What is a good sampling rate?

Use 44,1kHz or 48kHz as the sample rate for your recording. It will provide excellent audio quality. Higher sample rates will result in much bigger files and a number of difficulties.

Using bigger sample rate you may face problems with aliasing and compatibility of your equipment and software to the higher sample rates.

What is the best audio bit depth?

24-bit audio is a high resolution recording, and is perfect to use on all streaming platforms. With this resolution the noise floor is low and the dynamic range is perfectly enough to cover all the loudness we need.

Use 24-bit bit depth for your final master records and you’ll not see any problems with releasing your songs. However, you may use higher sample rates while mixing and mastering for convenience.

Mixing and mastering from Major Mixing

If you need your songs mixed and mastered for release, or any help from an audio engineer, feel free to contact us, we’ll be happy to help.