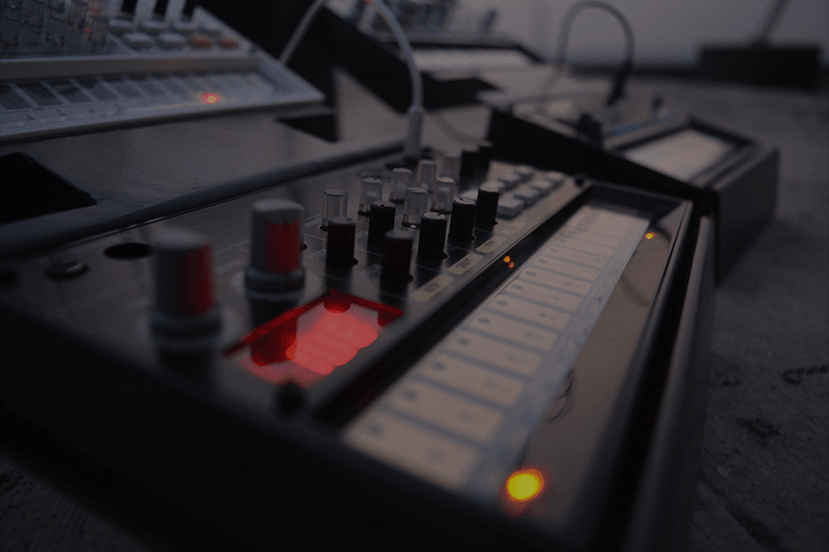 In continuation of the conversation about how to make a great sound without the large studio.
In my opinion – the most important thing is arrangement.
That is the first and the most fundamental thing which each musician should know.
I’ll explain what exactly the arrangement is and how it all works.

The production process is divided within these steps:

In a song producing process, there is one nuance – the mistakes of each step cannot be solved in the next phase.
So if the sound was recorded bad, the mixing won’t solve this problem, and if you get a bad sounding mix, the mastering engineer will not save the song. So we get a situation where in the end of the production we accumulate all mistakes for all the steps and as a result we get a weak product.

How to avoid this? Obviously, stop allowing them.
First of all, let’s consider the writing of the song. That is the very first step, and it is the most important. But I don’t consider it, since we make music. There are no rules or restrictions, so you can do all you want.

Every mind, even the craziest one, can be turned into a quality product. That’s why there is no main mistakes which can be avoided. Just learn the basics of harmony and melody.
After that we will go to arrangement. And here the turbulence zone is already beginning.
Every mistake which was made on this step will never be fixed. But here, there is a possibility to fix the mistakes of the song, emphasize strengths, and smooth all the weak parts.

That is the most critical phase.
In this article, I will not tell all from the musical point of view, cause it’s gonna take years.
I’m going to show you how each played note or instrument will affect the sound and which mistakes can be assumed, and what will help your song sound great.

Also, I will specify, that this relates mainly to commercially released music. Don’t forget that there are genres in which the edges and rules are erased. That is the experimental zone, so there are no recommendations except to do it well, and this is not a very accurate definition.
Let’s go to our theme.

The first rule of a quality commercial arrangement.
Do not use the same elements in the same place at the same time. All instruments and elements should be located at a distance with each other.
Let’s analyze by ranges

In each genre, the bass and kick cannot play at the same time.
They should be delineated by batch (bass shouldn’t play, when plays kick).

Or they should be delineated by notes. For example, if a kick set up in C, which is 65 Hz, the bass cannot contain the same note, or this note shouldn’t sound in the same time with the beat of a bass drum. In general, do everything so that in the subwoofer only one element plays at the same time. One kick, one bass and one FX. Any addition in this range is unacceptable, or you should understand very accurately what you are doing. Anyway, all commercial tracks with a great sound stick to these rules.
But what if you don’t stick to the rules?

You will get an unstable resonating lows which kills your headroom and that will make it impossible to make your track loud and dense.
There is the rule, which I mentioned, applies. One mistake entails the other, and those nuances are very hard to fix in the future.
You may say

-Hey, what about sidechain? And I will say back, that the sidechain will turn off (make it more quiet) bass on a kicks beat. So why can’t you make it right away?

In general, at the step of arranging, you cannot make an adjustment for mixing and hope that I wrote it like this now, and then the engineer will fix it later. Now we are writing the notes, parties, harmonies, and melodies. There is no place for the technical part.
When this mistake was made during the writing step, then the song is built around this flaw.

In this range, everything is located. You need to arrange everything very correctly here.
The main mistake that everybody makes, the same as with the low frequencies, is to put all instruments in the same place and record the vocals above. Engineers have such a term – the camouflage. When such elements sound in the same time, they will jam each other.
The best way is to place the instruments in the mid frequencies is in the different octaves.

For example, piano/synth/sample, the main backing instrument.
Everytime it should sound in different octaves with vocals, BUT it shouldn’t go to the territory of low notes. There are cases, when the main instrument can be placed in the lows too.

There is no need to waste time on this and measure the value very carefully. Just separate the notes of these elements, and they will be automatically separated for frequencies.
What if you will not stick to these rules?

Your vocals will be hard to hear, and it will drown in accompaniment. You will need to make the vocals louder, clearer, but it will further “fall out” from the mix. Or you will need to make aggressive equalizing and thereby ruin the sound of the main instruments.
Poor placement in the mid frequencies kills the space and makes the mix sound canned and soapy.
Again, you shouldn’t place the instrument in one place at the same time.

There is a very small quantity of melodic elements which are higher than 5 kHz, that’s why in this part we work on timbre principle, not notes.
It all is very simple here. Just try not to place the same timbres in the same place.
Do not allow the backing instruments in this zone. In commercial music, there is no need to make that.
If the hat and ride play at the same time, the ride should be higher and brighter than the hat or conversely. This is the same principle as the notes have.

Please note, how the live drummer plays, he never plays the standard groove beating two plates at the same time.
Our ears are used to such a combination when everything sounds differentiated.
What will happen if you don’t stick to these rules?

You will get very sharp high frequencies, which will annoy the ear and will scare away the listeners.
To sum up. All this reminds us of the principle of symphony orchestra.
Even there, the large, commercial recordings (movies) work on the same principles.
You can list to the OST of Interstellar, for example, or any other projects for commercial movies.

Each instrument plays in their own place (tessitura), each element complements the previous rather than fighting with it for a place. The violin plays on the high frequencies, and the contrabass in the lows. That’s it. All this works in the other genres – pop, hip hop or rock. Only one principle.
In the next article I will tell you how to record the material on this base, how to choose samples, sounds, presets, etc.